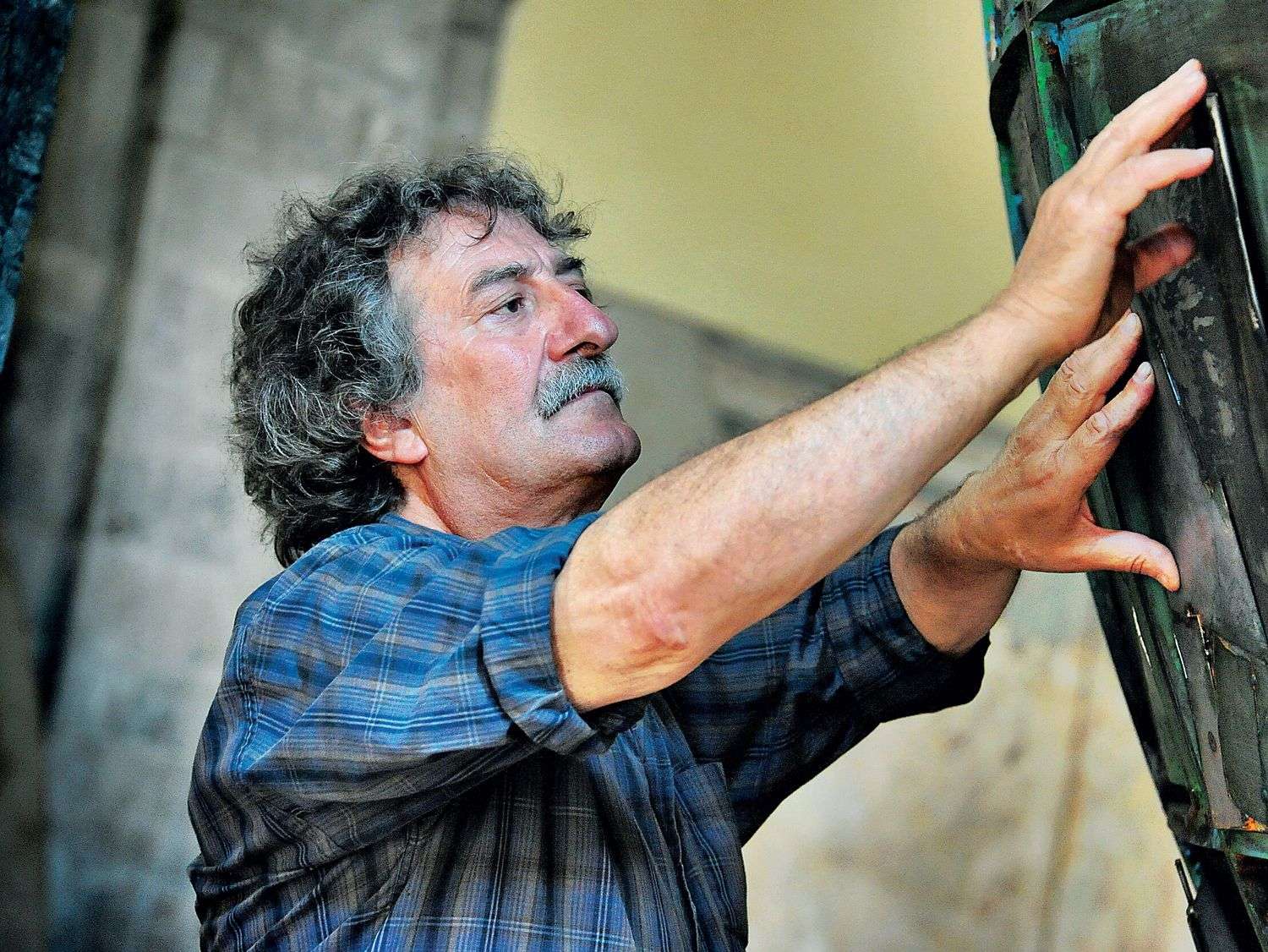 Antonio Ievolella was born in Benevento in 1952. After studying at the artistic high school of his city, he attended the Academy of Fine Arts in Naples. In the Neapolitan city he closely follows the appointments of the Lucio Amelio gallery where he gets to know the protagonists of the main international artistic trends. In 1976 he went to Milan to teach at the Milan Art High School. It is a period full of experiences and great friendships, first of all that with fellow countryman Mimmo Paladino. Two years later he moved to the art school of Padua, the city where he established his residence and studio. The first solo show at the Studio La Città di Verona gallery dates back to 1987, from which an important and lasting partnership with Hélène de Franchis begins, which will bring her works to international visibility.

In 1988 he took part in the exhibition Eleven artists for Villa Domenica, curated by Virginia Baradel. In that same year Giovanni Carandente invited Ievolella to the XLIII Venice Biennale, where the sculptor presented Triptych in the Sculptors section in the Gardens curated by Andrea del Guercio. The latter organized, in the same year, a solo exhibition of the artist from Benevento at the Oddi Baglioni gallery in Rome. The following year he participated in Materially: Sculptors of the Eighties at the Municipal Gallery of Modern Art in Bologna. The nineties are a period of intense activity. They open with the Travel - Antonio Ievolella / Hidetoshi Nagaswa exhibition at Studio La Città and close with the imposing complex of the Rio di Ponte San Nicolò cemetery.

In the middle there is the anthological Il Grande Carro in Padua, divided into seven large sculptures installed along the main hubs of the city. On this occasion, an element of Lands of Magic is donated to the Eremitani Park Museum of Contemporary Art of the Civic Museums. The same year Edoardo Manzoni invited him to participate in the Su Logu de s'Iscultura exhibition in Tortolì in Sardinia: the work Project of memory manifests a further development in the monumental purposes of Ievolella's work. This orientation finds natural continuation in the Contemporary Art Park of the Rossini Foundation, with which the sculptor establishes an ongoing partnership relationship, creating in 2005 the exhibition Itineraries in the Monza park. The evocative complex I guardiani della dormiente, a grandiose antechamber to the kingdom of the dead, was inaugurated in 2004, but the project was born in the mid-nineties, thanks to the dialogue established with the architect Franco Biscossa, responsible for the architectural work for the renovation of the Rio di Ponte San Nicolò cemetery.

In the summer of 2006 the personal Matter Form Place takes place, promoted by the Department of Culture of the Municipality of Naples and curated by Tommaso Ferrillo in Castel dell’Ovo, an ideal setting for Ievolella's sculptures. The large fountains for a private villa in Battaglia Terme and for the square of Voltabarozzo date from 2008 and 2009. The gestation of the imposing work Ghirbe, presented in the summer of 2014 in the Incoronata church in Naples and re-proposed in Padua in the anthology of the same year, required a long period of conception and work rewarded by the plastic and symbolic grandeur of the installation.